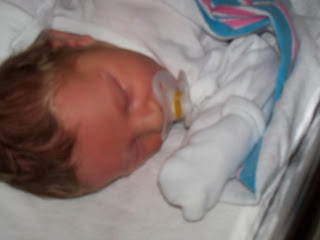 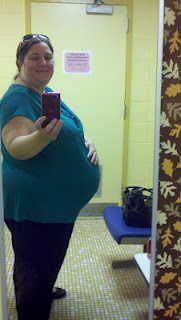 Last baby bump picture.  This was taken on the Monday we went into the hospital, right before our doctor's appointment.  It was unexpected, but we were happy we were able to go in right then and have him before something bad could happen.
Posted by Anita Powell at 3:33 PM No comments: 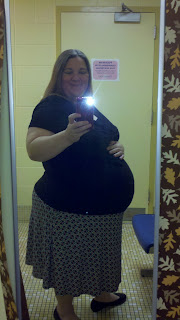 And here it is, the huge 35-week bump.  I keep saying I can't imagine getting any bigger and then I do!  It's crazy but awesome at the same time.  And even though I feel pretty rough these days, I know it's worth it and am happy that getting bigger means that Nathan is growing.
Posted by Anita Powell at 6:00 AM 1 comment: